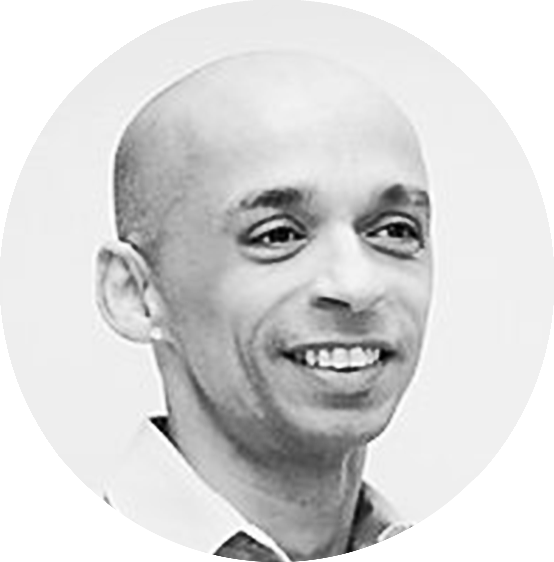 Born in Brazil, Anderson Santana began his career at the National School of Rio de Janeiro, School Maria Olenewa of the Municipal Theater by Edmundo Carijo and then joined the school of Tatiana Leskova, while intensively pursuing his studies with Aldo Lotuft & Moema Correa .

In 1985, the emerging dancer began his professional career with the Ballet Municipal de Campinas, in Brasil and danced as corps de ballet, demi-soloist and soloist in Don Quichote, Swan Lake, Giselle, Romeo & Juliette. It was during this year when the famous choreographer, In addition to his work with the company, he continues his studies with Guillermo Borean.

It was in Rio de Janeiro in this year that Maurice Béjart met Anderson and, impressed by his passion and dancing, invited him to Europe and offered him a contract.

Soon after, Anderson travelled to Europe and began his professional career in Switzerland, Scala Theatre in the “Broadway Musical Company from New York” where he completed his artistic style dancing in the European Tour of “West Side Story” (J.Robbins) and “Jesus Christ Superstar” (Lewis Robinson). In Europe, he continued to work with Merlin Brinnar and Vladimir Semievov.. Then, he joined the Brussels Ratlas Dance Company in Belgium, and met Timur Ratlas. He worked with  Timur and was a soloist in “Le train, 17 juillet”.

A year later, he joined the Royal Ballet of Flanders under the direction of Robert Denvers. Over the next years, he danced many different roles as a soloist in various ballets. In the following years, Anderson joined different companies such as Royal Ballet of Wallonie (Frédéric Flamand).

In 1998, Anderson choreographed his first ballet “Dark evenings” and started as a classical ballet teacher in Boston, United States & studied the “Maria Fay’s method” in New York. From 1999 until 2005, he made various creations for professional academies and solos for dancers. In 2003, he created a new Ballet “La rage des peuples”. Since that, Anderson choreographed over 50 variations.

One Man, One Vision

In 2005, driven by his enthusiasm, energy and desire to convey his passion for dance, Anderson Santana founded Brussels International Ballet School in Brussels, where his artistic history began. He puts all his energy so that the young dancers who integrate the School of Ballet can reach a high level and also demonstrate the artistic talent of Belgium. Since 2009 many students have won first prizes as well as scholarships and internships.

The Director, The Ballet Master

Always keeping the transmission of passion for dance to young students, Anderson continued his primary mission, that is to train future talent who will join international companies.

In 2013, he decided to create the Professional Training Program to give Belgian and international students, the opportunity to develop their potential and then be able to join the most prestigious ballet companies in the world. He is passionate, is respected in the dance world, and has an overall vision that continuously aims to improve the discipline of dance. There is a strong classical base that enables the dancers to always reach excellence. This hard work has paid off by excellent results at international competitions (1st price and distinction: Chausson d'Or, Paris, YAGP, Monaco, Ballettschule Hamburg John Neumeyer, Moscow, Varna, Bulgarie, Helsinki). Brussels International Ballet has certainly one of the most important palmares in Belgium of 1st prizes and International Scholarships and those results demonstrate that the level of competencies of the BIBS’s students is semi-professional.

Anderson Santana's vision, creativity, involvement, humanity and dedication to the art of classical dance were brought to light when Anderson was selected by the organisation of YAGP (Youth America Grand Prix) in 2013 and by VKIBC (Valentina Kozlova International Ballet Competition) in 2015 to coordinate the semi-finals of the world’s largest student ballet scholarship competitions in Brussels. BIBS studios welcomed and hosted all guest teachers and students from all around the world. Several students of BIB finished the competition in the top 12. Since then, Anderson Santana is regularly invited to different International Competitions in Europe, in the United States and in Asia as member of the team of international juries.

The transmission of the Excellence of Success

As a choreographer, teacher, coach and overall with his human relation with students, Anderson has transmitted his passion to these young dancers. Despite the sacrifices and the difficulties, the dancers have energy and are inspired by this rigorous training to be the best of themselves. In addition to his responsibilities of a director, Anderson is looking to enhance partnerships to develop the art of dance and find new opportunities. He is always searching for new talented students who will be the future of dance.